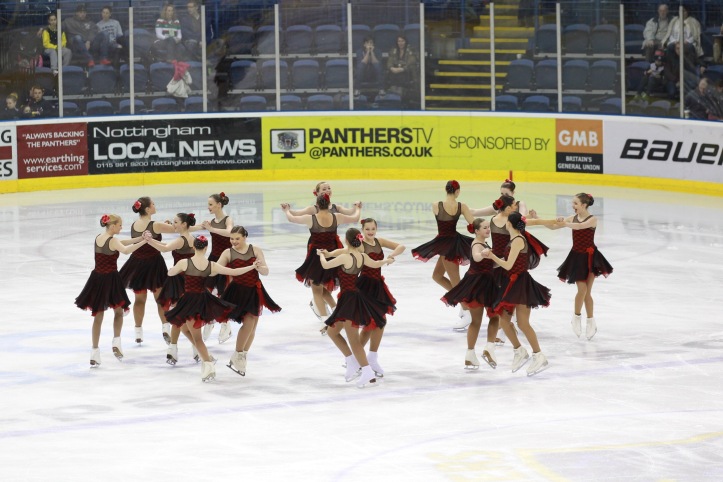 IW senior synchronized skating team Wight Jewels have launched a fundraising campaign following their bold declaration to carry on competing this season after the closure of their home rink last week.

This summer they completed another week-long training course in Sweden with top international synchronized skating coach Andrea Dohany, priming them for the season and the push towards the British championships in January 2017. The closure of Ryde rink means they must now train on ice rinks on the mainland, and the fundraising campaign aims to help pay towards ice time and travel. The team receives sponsorship from Wightlink, which will help with some but not all of the ferry costs.

As a junior team, the Jewels won the British championships four times in succession, and in 2012 at the Junior World Challenge Cup in Gothenburg they achieved 15th place, which at the time was the highest world championship position achieved by a British team for more than 10 years. A number of that team’s skaters still form the core of experience in today’s Jewels, who last season moved up to senior level. The team have had to learn new skills to do so, and have been refining them for this season.

The Jewels’ first competition this season is Wales and West Synchronized Skating Competition on 5 and 6 November 2016 in Cardiff.

The team have put in countless hours of hard work at unsociable hours to attain their current level. The team aim to raise £1,500. To support them, please contribute to the fundraiser at: