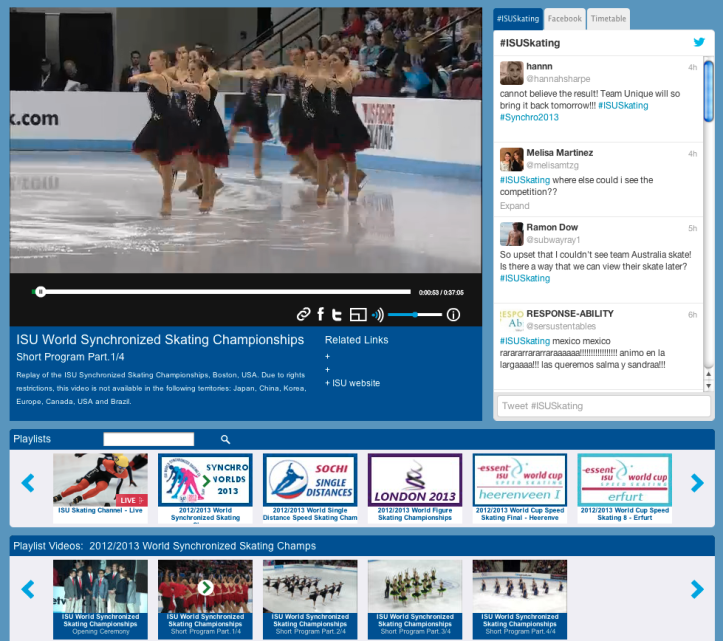 Last night’s short programmes from the 2013 ISU World Synchronized Skating Championships in Boston are available via the ISU Skating Channel. Again, they are restricted by territory, including Europe, but iowskaters was able to play them this morning in the UK. Click on Synchro Worlds 2013 in Playlists to bring up the list of Playlist Videos.

The programmes have now all made it onto YouTube.

The free programme begins at 3.15pm local time (8.15pm in the UK) and the start order is at http://www.isuresults.com/results/wcsys2013/SEG002.HTM. Teams will skate in groups of four between resurfaces.

iowskaters would like to say hello and thank you to the several thousands of synchro skating fans who have visited the site in the past day, particularly yesterday’s almost 1,500 visitors from Mexico. Mexico fielded one of the new teams in the event this year.