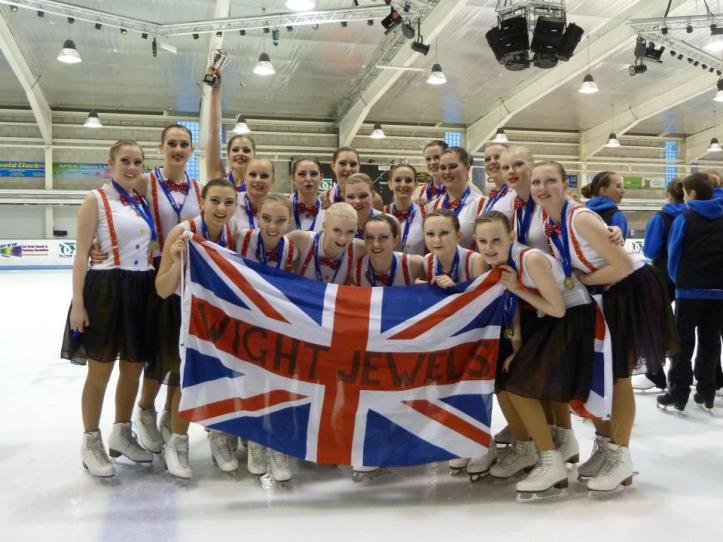 Wight Jewels finished the season in style with a free programme score of 67.48, taking first place in the juniors event with a total score of 98.63.

Dumfries team Solway Stars scored 42.90 in the free for a total of 60.18 and second place.

The Jewels’ overall score is the highest achieved by a British junior team at an ISU event this season, edging past the impressive 95.71 overall achieved by Nottingham Icicles at January’s Mozart Cup.

For members of the team who are retiring due to age or because they are moving on to higher education, it was a splendid and emotional end to a season dogged by falls and sickness.

The free wasn’t clean, with a fall right near the end that with grade of execution deductions would have stopped the Jewels breaking the 100 mark.

With that in mind, Solway Stars no doubt were delighted to score so close to their British tally of 65.78.