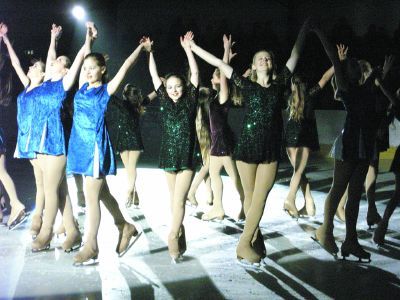 DVDs of the Myths & Legends Christmas show are now available to members of the cast, helpers and their families. Order forms were handed out at the dress rehearsal before the show, so all children should have received them – parents who have not received a form may find it buried in the depths of a skating bag.

The DVD costs £10.00 and includes footage of the two Friday shows, plus bonus scenes to offer about 90 minutes of running time.

Orders can be placed and collected though Island coach Terri Fleming at the rink. Discs are made only to order.

Some of the first discs may skip in some DVD players – this is one of the inherent problems of DVD technology.  Please ask for a replacement via Terri, or via Janet Marsh.